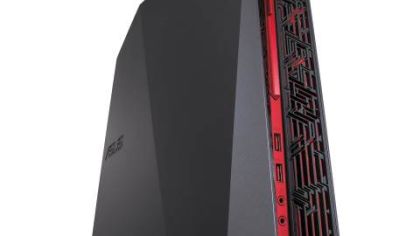 Within the family Republic of Gamers (ROG), Asus brings specially designed for gamers products. This time it’s a desktop with an impressive appearance. The Asus ROG G20AJ is a machine black with touches of red, which have already become a classic in the range of equipment to play video games. It is a fairly compact device that measures just over a foot high. It is smaller than the classic format semi tower boxes and looks like a volcano. It is not surprising, because it is available in various configurations including the latest processors and graphics cards.  The operating system

Asus launches into automation with the Asus Smart Home System 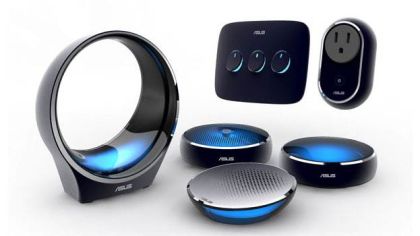 Asus presents its first step in the home automation with the Asus Smart Home System. A comprehensive solution and highly designated for individuals. A lot of good ideas in this solution and especially a big, very big aesthetic work.  It has very little technical information on this new solution at the moment. But it is an important step by Asus in the world of home automation.  The Asus Smart Home System offers a fairly standard configuration with a hub that manages all the elements around it connected wirelessly.  Asus offers elements for monitoring via IP cameras, smoke and CO2 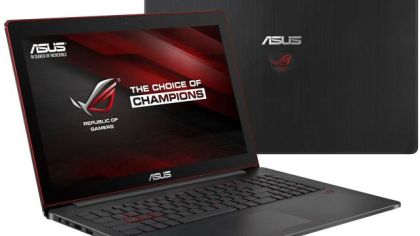 The manufacturer Asus has just announced its first ultra-thin computer for gamers. The Asus G550 was not necessarily very impressive for a model for players, but Asus has gone even further with the new Republic of Gamers G501. With new graphics cards from Nvidia Maxwell whose consumption is very low, manufacturers can reduce the size of the cooling system and design thinner machines. Asus ROG G501 and displays a thickness of 20.6 mm and a weight of 2.06 kg.  This model features a 15.6-inch matte screen available in several versions: Full HD, Full HD IPS and even definition Ultra HD (IPS) 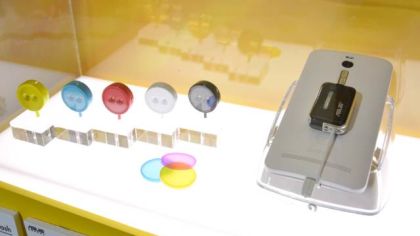 The photo has become one of the most popular features of our smartphones and many manufacturers are trying to improve it. Asus is one. It will propose soon even a range of dedicated accessories.  After hybrid and convertible devices, Asus has apparently decided to specialize in another area: the photo. And, as always, it does not do things by halves. You may remember the ZenFone Zoom announced in Las Vegas, as its name suggests, a digital camera with 3x optical zoom. The manufacturer keeps going and just enjoys the launch of ZenFone Taiwan to present a range of dedicated accessories.  The

Asus launches ZenFone 2 in Taiwan: four possible configurations, from 150 to 300 € 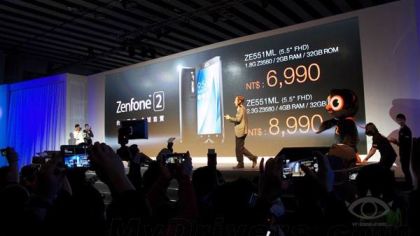 Unveiled in Las Vegas in early January, the ZenFone 2 finally ready to be marketed. The first market to receive it is obviously Taiwan, where Asus has just held a press conference. The opportunity to review the prices of different options, including two new ones.  Asus caused a stir at CES with its ZenFone 2. Unlike the first model launched in 2014, it was only to represent the range and rested on a decidedly upscale data sheet. Only constant, the price was still content as it was announced that $ 200 for the version with 2 GB of RAM. Surprises at the opening of pre-orders on an Asian 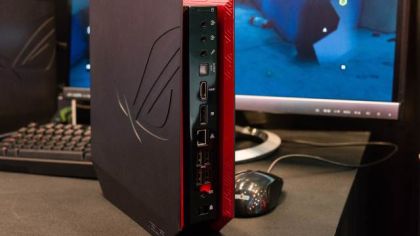 Asus plans to implement a merger between the Republic of Gamers brand and Valve Steam Machine with the new GR8S, which will reach stores in the next November.  The merger between the Republic Of Gamers brand and the steam engine will be implemented with the new machine ROG GR8S, specifically aimed at gamers with a size comparable to the Xbox One. It is a system configured by the user; both in the initial setup that as regards the ability to upgrade.  You can choose between an Intel Core i5 or Core i7, between the GeForce GTX 900 GPU family “Maxwell”, between 4 and 16 GB of 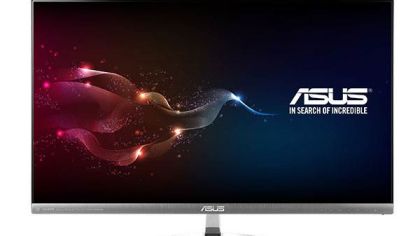 Asus has expanded its line of desktop monitors with a new model that makes its star design function. The new Asus Designo MX27AQ an iF Award was for his design of ultra-thin frame and circular base. But not everything is design, this computer can find the solution to our desktop. Razor-sharp images thanks to its 27-inch qHD display, which comes with several designed for users who spend long hours working in front of computer systems. Besides a good ally at work, the Asus Designo MX27AQ pearls also come to watch a movie or listen to music through your stereo speakers powered by the 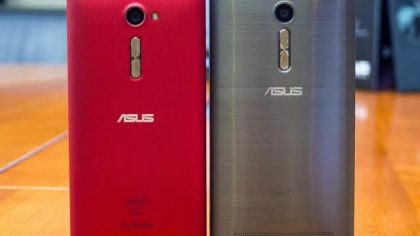 The Phablet Asus Zenfone 2 by 5.5-inches with 4GB of RAM are available for pre-order in an Asian dealer here is the price that is higher than what was expected.  Asus Zenfone 2 phablet with the operating system Android Lollipop which was the first product to be announced to the world, at CES 2015, with 4GB of RAM or 2GB depending on the version, finally has an initial reference price from the dealer Asian AliExpress.com, which added both versions preorder in your store with deliveries should complement but only after an average of between 15 and 60 days.  This information should be

Asus has updated its tablet with phone functionality Asus Fonepad 7. The new device from the Taiwanese company has a similar design to the previous year but receives occasional improvement in his gut. Above all, the great strength of Asus is to integrate a new more powerful Intel Atom processor as above (with four processing cores instead of two). Furthermore, this tablet will support 4G networks cn high speed. Other features included in this model is a 7-inch screen with HD resolution settings of up to 16 GB of internal storage, 5 megapixel camera and the ability to receive and make 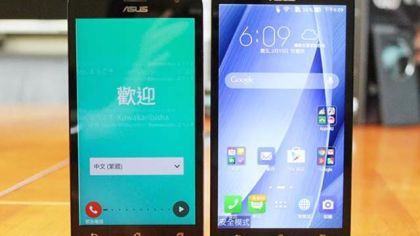 There stood a few weeks CES 2015. While major manufacturers such as Samsung, LG or HTC expect the Barcelona MWC to unveil their star smartphone, others like Asus have created a stir in Las Vegas. The brand has impressed all observers and users with its Asus Zenfone 2.  Only minor complaint made by some, the size of the screen, sometimes considered too large. Do not worry; as we told you there is little, Asus has apparently planned a 5 inch smaller to suit users who are not fans too large screens. Today, images of the Asus Zenfone 2 at the compact were published on the Web.  No real surprise in