Rumors of quadrocopter Xiaomi were confirmed, the Chinese company launched its first drone. We decided to take a close look at the features and price Xiaomi Mi Drone.

First drone Xiaomi received a simple and plain name Mi Drone. It has a camera to take photos and record video in 4K resolution. It should be noted that the video recording is made at 30 fps. The camera itself can rotate 360 ​​degrees, and under the blades mounted LED indicator with white, green and red colors. 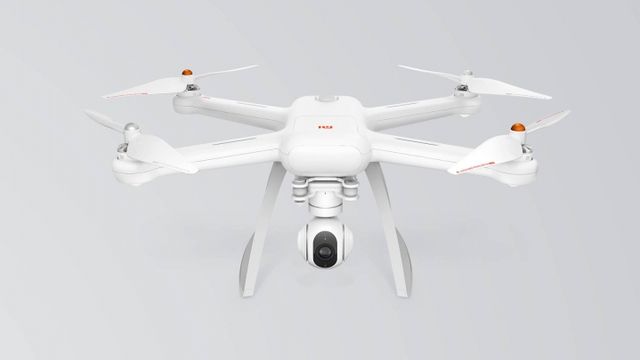 By the way, the development of Xiaomi Mi Drone was not concerned with Xiaomi itself, but a completely different manufacturer FlyMi.

Xiaomi Mi Drone has a white body with four blades. The creators of the drone said that they were inspired by insect dragonfly. New Xiaomi device really looks like a dragonfly. 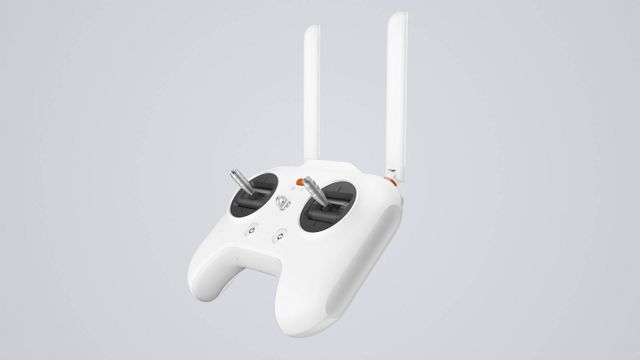 Xiaomi drone comes with a remote control, which is not like other drones. The device has two antennas that makes it more like a Xiaomi router, than a remote control of quadrocopters. At the top of remote controller is a sliding part, where you can insert your smartphone to display image from the camera Mi Drone in real time. At the presentation Mr. Lei Jun showed how Xiaomi Mi Drone and remote control work with the huge smartphone Xiaomi Mi Max. 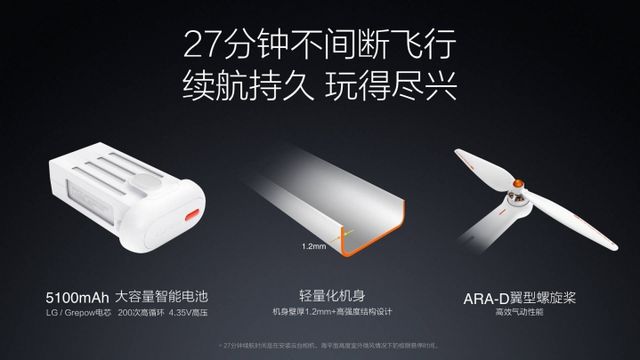 Xiaomi drone is equipped with capacious battery of 5100 mAh. Chinese company says that battery will last for 27 minutes of continuous flight and recording. Typically, the drones of such size fly for 15-20 minutes. 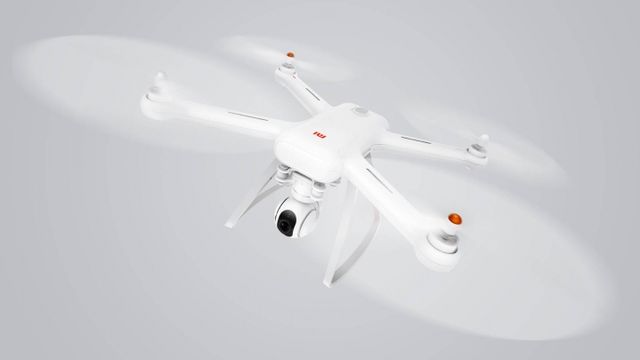 The company announced a price Xiaomi Mi Drone for China. It will be about $ 600. It should be noted that it is very good price compared with other drones in the market.