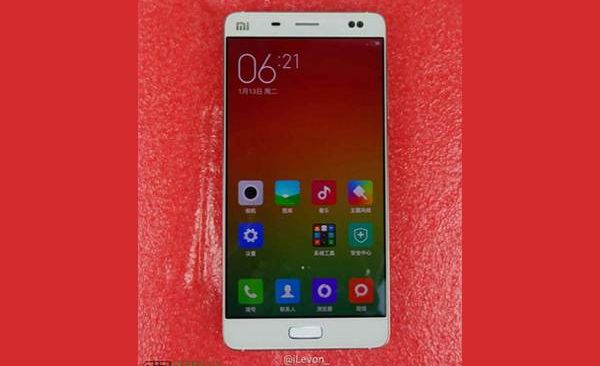 2015 is just around the corner, and it seems that the protagonists in the market of mobile smartphones are high-end Asian companies. One of these smartphones will be the Xiaomi Mi5 the Chinese firm Xiaomi, which as only a few hours after he staged a leak has returned to jump to the media as a new filtered photograph has been accompanied by quite revealing information.  Before analyzing the image, it is interesting that we emphasize that this leak has been accompanied by a report which reveals that the Xiaomi Mi5 could incorporate a digital fingerprint. At least that’s what I say 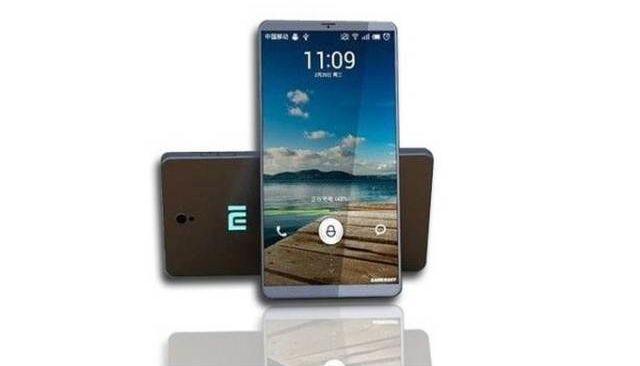 The CES in Las Vegas is postulated as the key moment for Xiaomi since foreseeably be the event where the Chinese make public their new flagship model, the Xiaomi Mi5. Despite the plethora of rumors and leaks we already provide a clear picture of what will the smartphone, the brand could strike a blow on the table and surprise everyone by incorporating a chip RAM 4 GB.  Sapphire layer across 5.7 inch Qualcomm Snapdragon 810 processor, fingerprint sensor, camera with a pixel size of 1.75 microns … The specifications list expands at times. However, so far this technical characteristic

A supposed image that would appear the Xiaomi Mi5 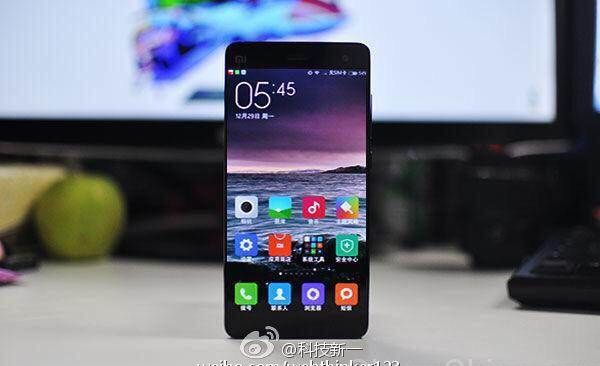 Something is brewing in factories Xiaomi and its president yesterday confirmed that in January we will have a new major release of the company. Does not specify what could be but many opt for the Xiaomi Mi5, although its predecessor hit the market just six months ago and to add fuel to this rumor some images of what would be a prototype of this device filtered. If true, this would be one of the best leaks we do not have to battle with a blurred image or stolen. The course Xiaomi Mi4 in black color is displayed openly in front instant where we can see the new version of MIUI

Live pictures and specifications of the laptop brand Xiaomi Mi 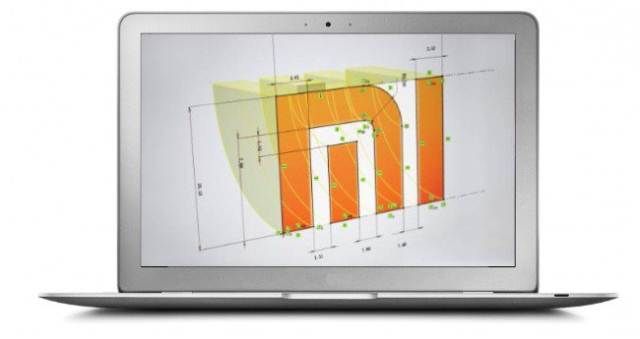 Xiaomi definitely at an altitude of 2014, which comes to an end . The Chinese company has consistently its reputation as a reliable manufacturer of high-quality devices with very good quality / price ratio. But, except for the last bestseller Xiaomi Redmi 1S and Xiaomi Mi3, technology giant offers a wide range of other consumer devices – TVs, media players, headphones, and constantly branching into new markets with firm proposals. For example, recently was presented an air purifier from Xiaomi – Mi Air Purifier. Today, the network new rumors surfaced that report that the 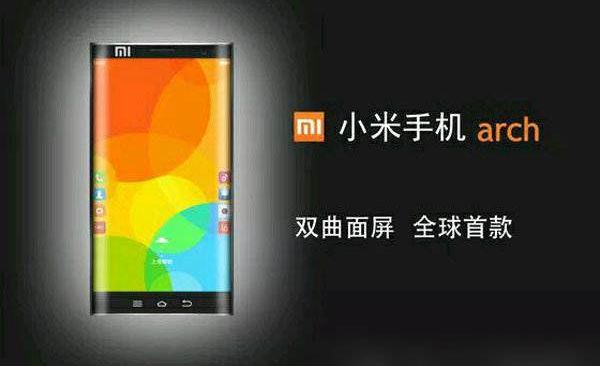 For now it is just an image, but the leaked photo in some Chinese forums has raised a whole wave of incessant rumors. And the model shown in the snapshot would be called Xiaomi Arch, a team that is characterized by having two side edges of the screen with a slight bend in the same style as the Samsung Galaxy Note Edge. LG and Samsung were the first manufacturers to innovate with flexible displays. It was through the presentation of LG G Flex and Samsung Galaxy Round, smartphones concepts that they had a curved screen. In the former case the curvature is presented on the vertical plane and

Xiaomi, subwoofer Bluetooth under the tree 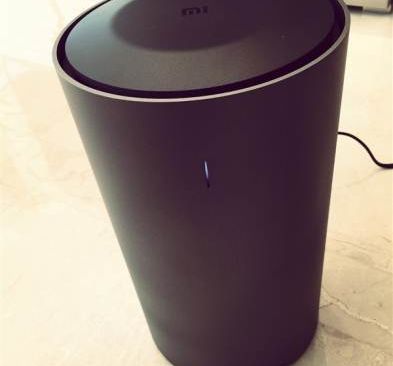 It’s not news that Xiaomi, a major manufacturer of smartphones, has devoted much energy in expanding its core business in the name of gadgets and multimedia. In line with this commitment, the Chinese giant could soon bring to market a new product Home Theater: a subwoofer Bluetooth!  The news, so a little ‘unexpected, comes to us from the world of show Chinese. The actress Dong Xuan, in fact, has posted on his blog Weibo photos of an exclusive gift received directly from China.  From the pictures we notice immediately the presence of a cylindrical subwoofer Bluetooth, quite

Xiaomi proof fingerprint reader in some of its smartphones 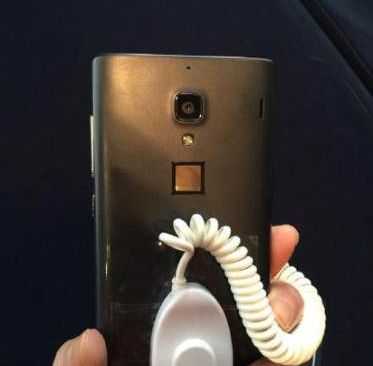 The fingerprint reader is democratized. Once discovered its usefulness in smartphones and the development and adaptation of more and more functionality; among others as a method of active safety, it is not surprising that more and more manufacturers are attracted to its benefits Such is the case of Xiaomi, a brand that would already be testing the implementation of fingerprint sensor in one of his models.  Since Apple has used the popular Touch ID fingerprint on your iPhone 5s have been quite a few companies that have gone the same way. HTC, Huawei and Pantech are some examples, but as 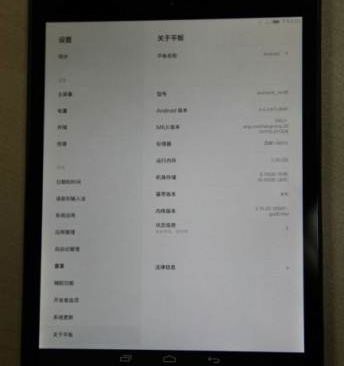 After Xiaomi MIPAD, the first device with a processor Nvidia Tegra K1, the company seems to have changed his mind and decided to integrate an Intel processor for the next generation of tablets known until now as Xiaomi MIPAD 2.  A few months ago Xiaomi MiPad, a tablet with some very powerful features and a price well below normal in this type of devices that prevailed in the market was launched. One of its unique features back then was the integration of a processor Nvidia Tegra K1, thus becoming the first product with this SoC. The truth is that this component thing have not done 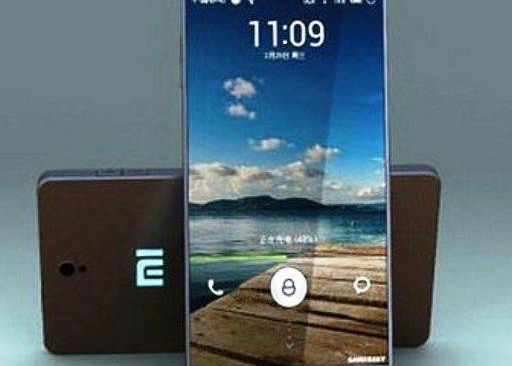 Gradually more details about the next big smartphone Xiaomi and the truth is that the images do not disappoint because, as you can see, the device stands out for its design with almost imperceptible bezels and a large screen will appear.  One of the most anticipated smartphones of the moment Asia is the Xiaomi Mi5, the successor to the super-company sales, the Xiaomi Mi4. This smartphone has had great success both within and outside its borders and no wonder: a competitive price and hardware of the highest caliber. Therefore, the Chinese manufacturer wants to repeat the success achieved

Xiaomi Redmi 2 specifications and its score on AnTuTu 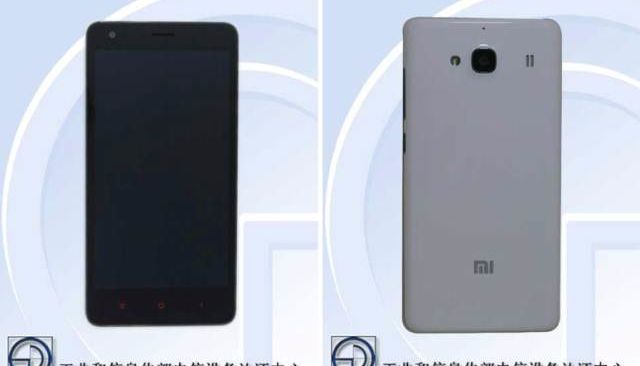 As is usual with Chinese smartphones, TENAA been in charge of showing the new 64-bit smartphone at hand Xiaomi, this device just received their certification network could be neither more nor less than the Xiaomi Redmi 2.  According to details revealed, the new Xiaomi  Redmi 2 come in a wide range of colors such as white, black, red, orange, yellow, green, blue and purple. However Xiaomi knowing, you most likely be months between the release of one color and the release of another.  Possible specifications Xiaomi Redmi 2 4.7 inch screen with HD resolution (1280 x 720 pixels) Processor