ZTE ready to announce the new Nubia Z9, a phablet the display without edges. A spot of China shows some advances.

Chinese house mobile ZTE reveal to the public the new Nubia Z9 on 6 May. Meanwhile, a TV spot Japan has provided a first glance on the device top of the line company. It should be either a phablet, can be characterized by an innovative display “borderless”, that is, without any type of board. Meanwhile, leaked too early rumors regarding the technical characteristics of the device.

According to rumors, the ZTE Nubia Z9 should be equipped with a screen of more than 6 inches, with resolution Quad HD 2560 x 1440 pixels. However, other sources speak of a Full HD 1920 x 1080. The RAM should be 4 GB, while the processor would have adopted a Qualcomm Snapdragon 810 to 64 bits, with an Adreno 430 GPU graphics card. 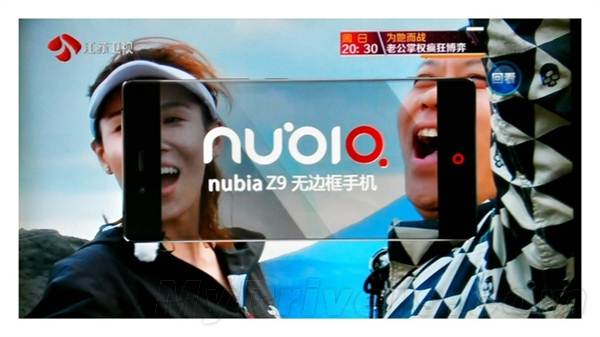 Rumors are also conflicting regarding the photographic industry. The ZTE Nubia Z9 could have a 16 megapixel rear sensor, similar to that already used in models Nubia Nubia Z9 Mini and Z9 Max. Not excluded however, the possibility of a 21-megapixel device. The front camera should be a good 8 megapixel. One very interesting for lovers of Selfie. Moreover, it is said that the new model of ZTE should be made with a metal body and premium materials.

But the most interesting element of the ZTE Nubia Z9 is precisely the aforementioned display. The device appears narrow and thin, with the total absence of the lateral edges. It is hoped that this choice does not come at the expense of handling, especially for those with smaller hands. However, the exterior looks pretty nice and thin frames are often less appreciated by users. The innovative ZTE Nubia Z9 should initially cost about $ 484. A pretty competitive price for a high-end device.