During the past week we have been widely different Infomation officers about what will be the successor of one of the most talked-about smartphone last year. We speak of course of OnePlus One and in particular what should be its sequel, or OnePlus 2.

To date, the technical specifications are two officially known. We talk about the processor, which has now been confirmed to be a Qualcomm Snapdragon 810 in a new revised version to solve the problems found in the other top of the range, and the presence in the body of a new port USB Type-C, characterized by a connector and reversible from data transfer rate obviously higher.

The latest in chronological order is instead dates back to Friday, when OnePlus has announced through its social channels that the announcement of the new OnePlus 2 will take place on July 27. This will be the first announcement in virtual reality, and you can follow him at all latitudes using Cardboard soon available on the website of the Chinese producer. 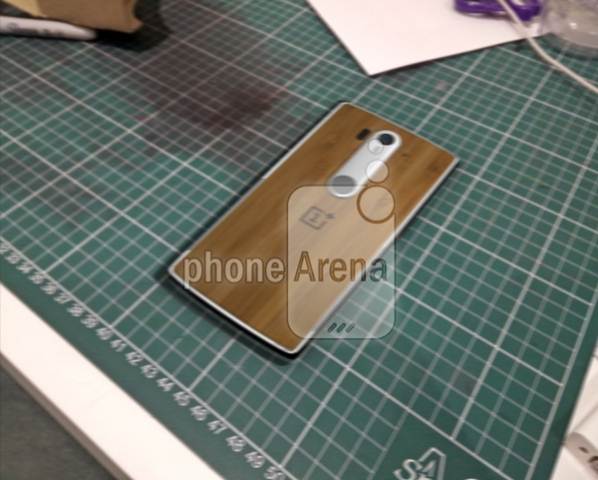 The real news of the last few hours is not yet official and is the online magazine Phone Arena who published what could be the first images of the new top of the range. From the two pictures one can see spread some of what will be the characteristics of the alleged design of the new OnePlus 2.

First of all, it seems that we will have a smartphone without side frames with respect to the display, with only two sides “inactive” above and below the screen, in which are inserted the speakers, the front camera and the different sensors. The other novelty covers the back and, in particular, the materials of construction of the shell which will probably be made in aluminum and wood, and the center of which check something similar to a sensor for fingerprint recognition.

In short, even as regards the design and material conditions seem to be the best. We just have to wait for the official announcement, appointment until 27 July pending further official updates that should arrive this evening.