HTC just made a new announcement related to its One M9. It covers a service called UH OH Protection through which buyers can benefit from a free replacement in case of breakage within 12 months of purchase.

Like its predecessors, the One M9 is not waterproof. A feature increasingly popular with buyers. It must be said as water and smartphones do not really go together and that it is increasingly difficult to switch from one or the other. The smartphone now comes to the beach or the pool. He frequently attends drunken Saturday night from the corner of the table. It follows us even to the bathroom. That said, there are many other mortal dangers to which a smartphone, even waterproof, is exposed to daily. While HTC has decided to do his best to One M9. 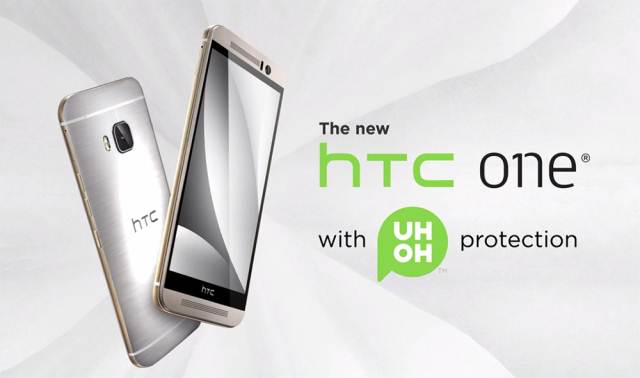 Free replacement within 12 months of purchase

And no. He has not forgotten awkward. On the occasion of an event held today in the United States, the Taiwanese manufacturer has just introduced UH OH Protection. This is actually a warranty entitlement, for every purchase of a One M9, a free replacement smartphone for damage. This obviously includes those caused by water but by a simple fall: broken screen, scratches, cracks … The only limit is time.

The warranty only covers “only” the first 12 months of use. Note that it also rewards users more careful since if at the end of this period, no replacement has been claimed, HTC is committed to a purchase of a bond worth $ 100 for the purchase a new One.

HTC UH OH is a very interesting initiative, which benefits both users clumsy careful. Now remains to be seen whether it will be limited to the United States. It is presented only for the time the US manufacturer portal, where we can also see that the One (M8) is also eligible.