The Asian firm Asus has presented its new proposals by the end of the year. Among them, we highlight two powerful notebooks (Asus ROG GX700 and Asus ROG G752) and a compact desktop computer named Asus ROG G20CB. These teams integrate the latest technologies dedicated to the game, such as the use of the latest NVIDIA GeForce graphics cards, chips of the new batch of Intel Skylake or panels that can reach 4K resolution with four times the level of detail a traditional Full HD panel. Currently, the Asian firm has not disclosed details about its release date or price. We tell you the details. 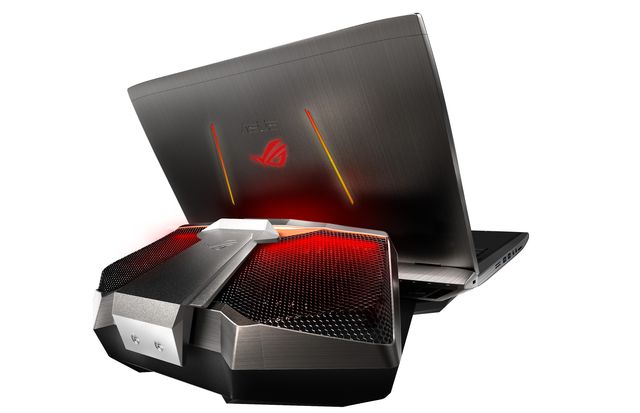 We started the review with the Asus ROG GX700. This portable gaming has a IPS panel with 4K resolution of 3,840 x 2,160 pixels, which brings four times the detail of a Full HD panel. But above all, one of its attractions is the inclusion of a chip with NVIDIA G-Sync it eliminates the effects of tearing or horizontal stripes in the screen technology. In its bowels we find a powerful Intel Core i7 processor generation, along with a graphics card NVIDIA GeForce GTX980. The key is a dock with its own cooling system through liquid. Although there is a big plus if you’re planning to travel or move with a laptop, will allow us to make a leap in performance comparable to a desktop computer first class graphics. According to the company, with the connected dock we will increase the yield by 40% (a not insignificant difference). The Asus ROG GX700 raises its weight up to 3.6 kilos. 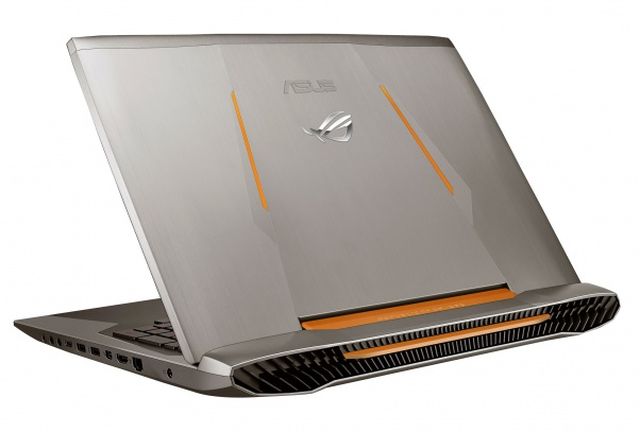 The second model is the Asus ROG G752. In this case, we are talking about a team that delivers performance a step down, but remains very high. Its 17.3-inch panel of a Full HD resolution of 1,920 x 1,080 pixels, although users can opt for a more advanced version with 4K resolution. In addition, NVIDIA G-Sync technology is included in all configurations to avoid tearing the troublesome effects. One feature that will give much play are two different fans, one for the processor and one for the graphics card. Thus, a better cooling of the device is achieved. Among the processors we can choose between different configurations of chips Intel Core i7, while the graphics reach up an NVIDIA GeForce GTX 980M. Alongside this together, we can bring up to 64 GB RAM. We also have a USB port of type C or Thunderbolt technology.

Finally, the company introduced the desktop Asus ROG G20CB. One of the points that have more influence is wanted in the compact format of this team. Despite its size, we are talking about a computer capable of incorporating an Intel Core i7 processor generation Skylake with a dedicated graphics card NVIDIA GeForce GTX 980 or memory SSD M.2 PCIe that multiplies up to four times the performance of a traditional SSD.