uleFone has been manufacturing for almost 10 years for different brands, among them, we can see Doogee, Elephone and even the Philips with a tablet with voice capabilities, but now have decided to embark on their own in an expansion at international, starting with Spain and Spanish-speaking countries.

As a welcome card after a time no news of the brand, the company has focused efforts on a series of releases that are ready, the first of them all was this Be One, a model in which they are focused to provide a simple yet ergonomic design and no added software, leaving a clean and unnecessary consumption of system memory.

The phone has a screen of 5.5 inches, a size that seems to be becoming the standard in the market with a resolution of 1280 x 720. The processor is the octa-core MT6592M Mediatek 1.4 Ghz, which provides more than enough power but with lower power consumption, making the 2350 mAh battery is capable of withstanding 480 hours standby. The processor is accompanied by 1GB of RAM and has 16 GB of internal memory. 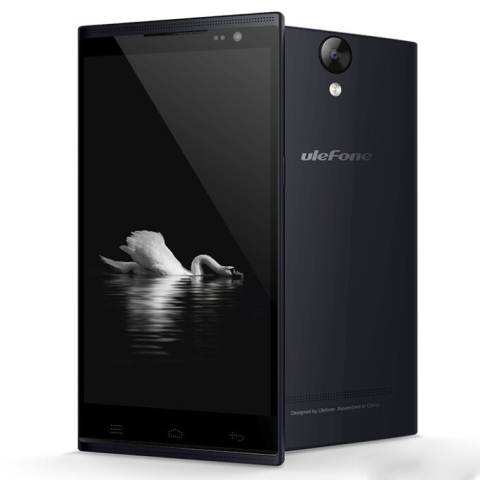 In the area of photography, Be One has a rear camera Sony 13 mega-pixel with F2.2 aperture while in the front have a camera 8 mega-pixel with which we can make the best selfies.

The uleFone is one of the devices in this new era of Chinese manufacturer and adjust the price wanted to leave at about 100-120 € with which intends to enter the market from January. Soon we may receive a sample of the Be One to analyze it and I say if it’s as good as it looks on paper.

uleFone presents Be One, its flagship in this new phase updated: December 13, 2014 author: Bob Gray