Everything goes to the fact that soon we will see another phablet from leading Chinese manufacturer Xiaomi.

Although the smartphone Xiaomi Mi Max has not yet been officially presented, we already know most of the information about it, thanks to the site GFXBench.

Based on the information that we can gather, Xiaomi Mi Max will belong to the mid-range devices, not to the top-level smartphones, as the previous rumors said. 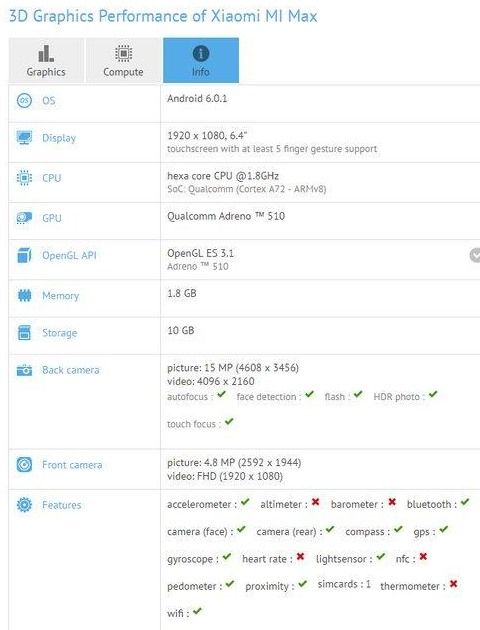 Judge for yourself: the basic model Xiaomi Mi Max includes a six-core processor Qualcomm Snapdragon 650, clocked at 1.5 GHz and integrated graphics accelerator Adreno 510, a screen with a size of 6.4-inch diagonal and a resolution of Full HD (1920 x 1080 pixels), as well as – 2GB of RAM.

Also, the smartphone will be equipped with 16 GB of internal flash memory, 16-megapixel main camera and front camera with 5-megapixel matrix.

New phablet from Xiaomi will be running the latest to date version of Google’s operating system: Android 6.0.1 Marshmallow.

No release dates or price Xiaomi Mi Max, but we expect that the price in China will not exceed 2000 yuan, which at the current rate is about $300. 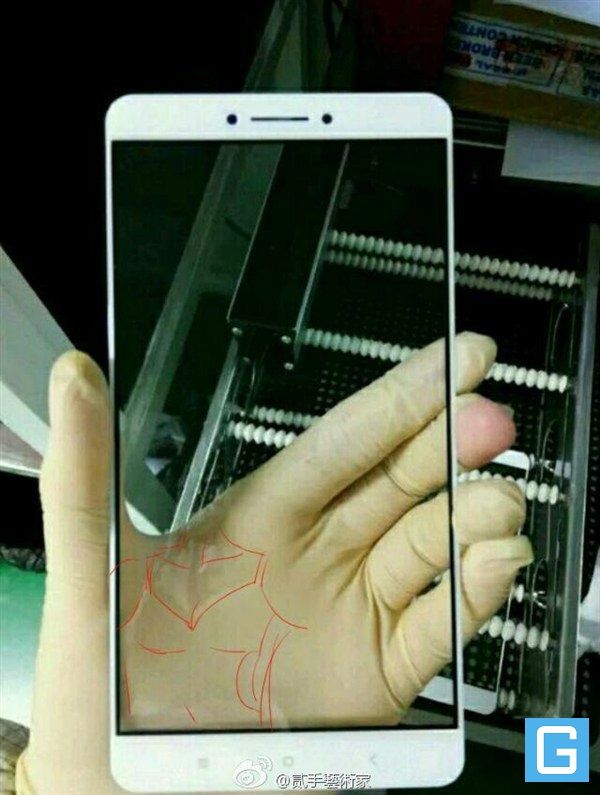 The company reports that the smartphone Xiaomi Mi Max can easily fit in any pocket. According to previous information the diagonal of display will be 6.4-inches.

Xiaomi said that the diagonal of new smartphone Xiaomi Mi Max will be in between 4.7-inches and 7.9-inches. Smartphone in the photo has a small frame around the perimeter, as well as the front camera, speaker and light sensor above the display.