And again a little information from TENAA. What can say – this telecommunications company really generous. This device, which has been granted so much disputed information, especially concerning screen smartphone and his body, is now open to us authentic details about yourself. Let’s see what awaits us in the face of the smartphone OPPO R7.

First of all must say that there will be available two variations of the device represented – OPPO R7 C and OPPO R7 T. The difference between these models is to support a variety of networks, rather R7C will support the network TD-LTE / TD-SCDMA / GSM, and his brother R7T – network TD-LTE / LTE FDD / cdma2000 / CDMA 1X / GSM. Both devices have two SIM cards. 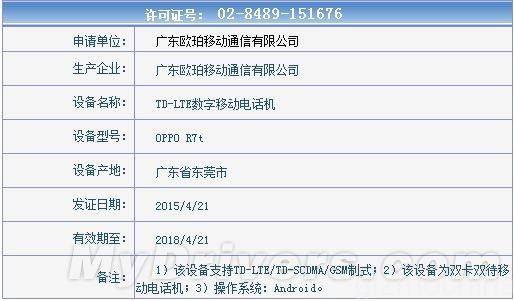 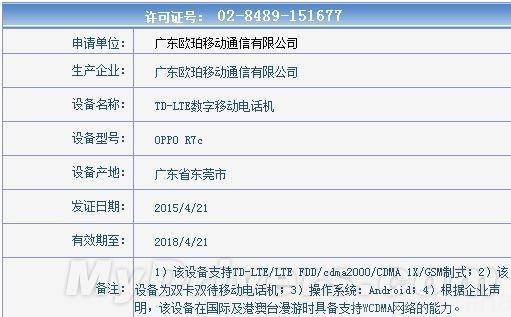 With regard to the technical characteristics, the list of them tells us that the OPPO R7T will be running a 64-bit chipset Mediatek Helio X10 MT6795 with eight processor cores and R7c – running Snapdragon 615. Diagonal screen smartphone will be 5 inches, and its resolution – 1080p. The main camera will have a resolution of 13 megapixel sensor and a laser autofocus and front – 8 megapixel sensor. RAM – 3 GB, and the ROM – 16 GB. As an OS provided Android 4.4.4 KitKat.

Weight is 139g smartphone, and its thickness – 6.3 mm. The device has a physical button “home”, which serves as a fingerprint scanner. In addition, the company confirmed that the device will be officially presented later this month.