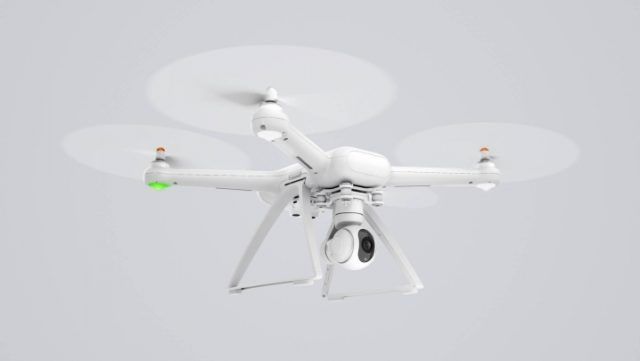 Rumors of quadrocopter Xiaomi were confirmed, the Chinese company launched its first drone. We decided to take a close look at the features and price Xiaomi Mi Drone. Design Xiaomi Mi Drone First drone Xiaomi received a simple and plain name Mi Drone. It has a camera to take photos and record video in 4K resolution. It should be noted that the video recording is made at 30 fps. The camera itself can rotate 360 ​​degrees, and under the blades mounted LED indicator with white, green and red colors. By the way, the development of Xiaomi Mi Drone was not concerned with Xiaomi itself, but a