Lenovo began selling two smartphones of Vibe line this week that has great merit offer a generous battery up to 5,000 mAh priced below what is charged by competition offering a much lower energy capacity. However, others who work in China has been seeking to go beyond this number and Doogee is a great example of this. The manufacturer, unknown to many, revealed at IFA 2015 its new release, called Doogee T6, with an enviable battery of 6,250 mAh.

If you do not remember the company’s other products, it has released some interesting smartphones this year as the Doogee F5, Valencia 2 Y100 Pro and also the Nova Y100X. They all came with a mission to offer an optimal balance between hardware and price, always calling for high capacity batteries. With Doogee T6, the Chinese manufacturer goes further and has already reached the energetic capacity level usually found in tablets. 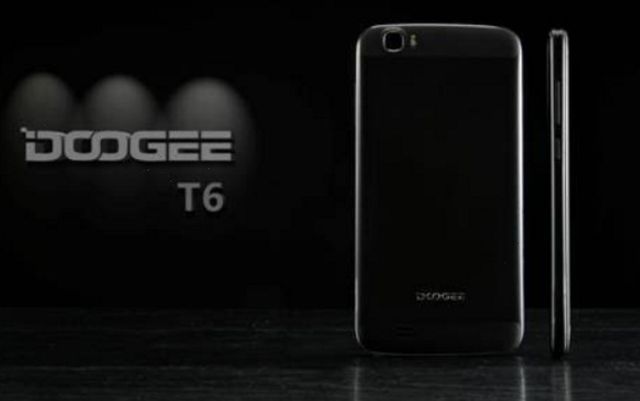 Even bringing a battery of 6250 mAh, the Doogee T6 has only 9.9 mm thick. He does not get to be the thinnest mobile market, but with so much energy capacity gets to be awesome not to have a greater thickness. To speed up the loading, the company offers with the phone a charger with 2A capacity, and fast charging technology MediaTek, known as Pump Express.

The company has not yet revealed details with the device’s specifications, but we believe that the Doogee T6 comes with MediaTek MT6735 chipset, bringing a quad-core CPU with 64-bit support. Together we have the GPU Mali-T720 with two graphics cores to handle 3D games and tasks. In terms of memory the model should bring 2 GB of RAM and 16 GB of internal storage. In the photo part, the T6 has primary camera of 8 megapixels and another 2 megapixel front.

There is still no exact date, but the source claims that the Doogee will bring the news to the market next month. The price also still follows in mystery, but we can expect the company to continue focusing on cost-effective than ever.