Alcatel has presented Alcatel OneTouch Flash 2, a smartphone geared especially for lover’s selfies, and it shows the LED flash accompanying the front camera. Alcatel Flash 2 comes with a five-inch screen, and in terms of technical specifications is a mid-range phone whose starting price has not yet been confirmed. Therefore, until the availability of this mobile is known, we tell you all about its features in this analysis of the Alcatel OneTouch Flash 2. 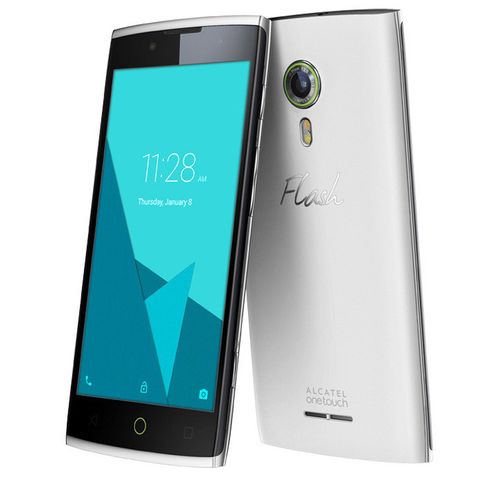 The Alcatel OneTouch Flash 2 comes with a five-inch screen, housed in a IPS LCD panel, which reaches a HD resolution set at 1280 x 720 pixels, resulting in a pixel density of 294 ppi. We are talking about a conventional screen within the average range, as well as conventional also the viewing angle of the panel, established more than usual in the 178th. This screen also incorporates Miravision technology, which means that the user has a section where you can customize the colors to detail shows the panel.

The exact measurements of the Alcatel OneTouch Flash 2 have not been confirmed, but we can be sure that will be much more compact than the Alcatel Flash, version that was presented a year ago with a 5.5-inch screen. What has highlighted Alcatel of this new model it is that the Flash 2 incorporates a back slightly curved with a view to facilitate gripping, and the colors that will be available are the black (‘Volcanic Grey’) and white ( ‘Mica White’).

The OneTouch Flash 2, in addition to incorporating the usual buttons for volume and power, is home to a physical button dedicated to the camera. This feature facilitates taking pictures and videos, allowing immortalize scenes without touching the screen. The main chamber of the Alcatel OneTouch Flash 2 incorporates a 13-megapixel sensor, and is a model Samsung S5K3M2 sensor that has autofocus (with focus time of 0.3 seconds), digital zoom up to four increases, opening f/2.0 and an angle of 80 ° image capture. The main chamber of the Flash 2 operates under an application that, in addition to the automatic mode, it includes additional modes such as manual image, the ‘time-lapse’ or pan. Likewise, this camera is accompanied at the bottom by a Dual-LED Flash.

But the front camera that really stands out in this Flash 2 of Alcatel. It turns out that, aside from this camera, LED Flash are aimed at improving the lighting selfies made in low light scenes. This front camera features a five-megapixel OV5648 sensor with f/2.2 autofocus, gesture recognition and a viewing angle of 84 degrees. Of course, it does not miss the beauty mode when you take pictures with the front camera of this mobile. 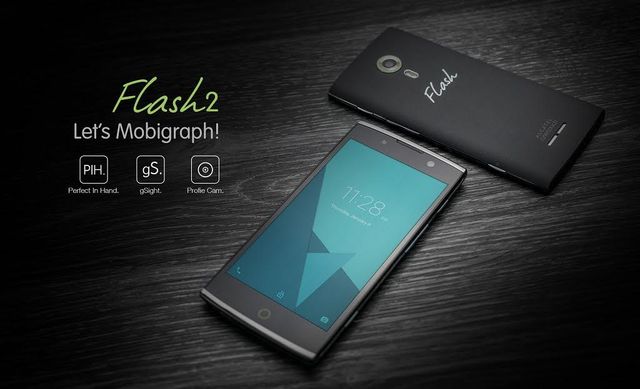 The Alcatel OneTouch Flash 2 performance powered by a MediaTek MTK6753 eight-core processor (Cortex-A53) which runs at a clock speed of 1.3 GHz. This processor is accompanied by a graphics processor Mali-T720 MP3, and the capacity RAM (LPDDR3) that complements both processors is 2 gigabytes.

The internal storage capacity of the Flash 2 is set to 16 gigabytes, and can be expanded through a microSD external memory card of up to 128 gigabytes. 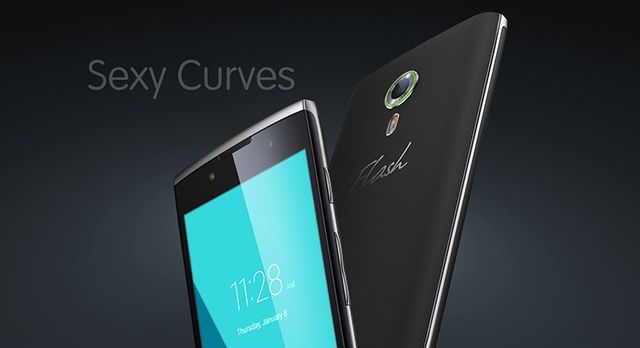 The Alcatel OneTouch Flash 2 is shipped with the latest version of Android 5.1 Lollipop operating system Android. This version comes with personalization layer Alcatel, but so far has not disclosed the list of installed applications incorporating this standard smartphone. 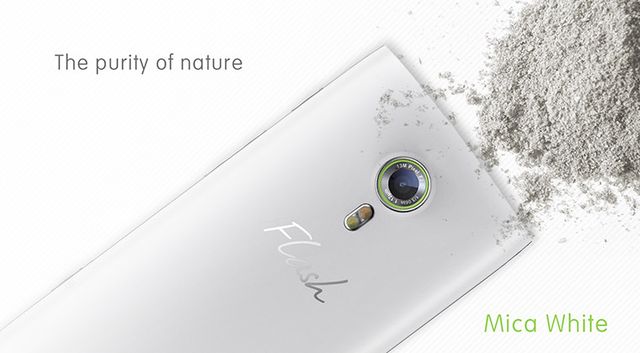 Battery Alcatel OneTouch Flash 2 has an established capacity of 3,000 mAh, and according to official figures provided Alcatel, this ability translates into a range of up to 30 hours of music playback, up to five hours of video playback, up to 600 hours standby and up to ten hours of talk time.

In addition to all the basic wireless connectivity (WiFi, Bluetooth, 4G LTE, etc.), the Flash 2 also incorporates a Dual-SIM slot.

Alcatel has not released details concerning the availability of the Alcatel OneTouch Flash 2 in Europe. We will have to wait a few weeks to find out whether this smartphone is expected to be launched in the European market.