The world famous manufacturer of mobile devices from China, company Oppo officially unveiled its new Android smartphone, which was named OPPO F1 Plus.

Smartphone will be the next representative of new line-up, dedicated to lovers of mobile photos and, in particular, selfie-photos. As you can see from the name, Oppo F1 Plus is an improved version of smartphone Oppo F1 that was presented earlier.

In addition, the manufacturer promises enhanced features of front camera, but it is not clear what is meant by the manufacturer, because resolution (8 megapixels), or aperture (f/2.0) did not change. Perhaps smartphone will have new camera software.

The rest of specifications is the same as the “basic” model: an eight-core processor Qualcomm Snapdragon 616 with clock speed of 1.7GHz and graphics accelerator Adreno 405, 16GB of internal flash memory, which if necessary can be expanded with a hybrid slot MicroSD memory card and Dual SIM (2 x SIM 1 or SIM + 1 Micro SD), 13-megapixel main camera with aperture f/2.2, LTE modem and operating system ColorOS, which is based on Android 5.1 Lollipop. 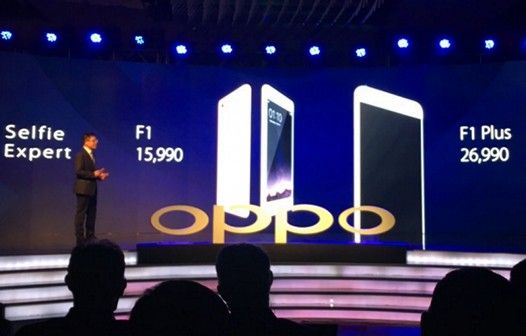 As for the price Oppo F1 Plus, it is already known that in India, where the smartphone will go on sale soon, it can be bought for 26.990 Indian rupees, equivalent to about $396.