Expected by the end of the month, the Huawei Mate 8 could be declined in three versions with two different definitions of screens. Two different sources came to light in the day to reveal a remarkable set of images, including details that would be of Mate 8, the future tip of phablet made by the Chinese company. It can confirm some aspects of obscure model in set of photographs provided by the duo of informants, who always unofficial disclose details about products that have not been formally introduced, @evleaks and infiltrated on Weibo, one of the largest social networks on Asian soil. 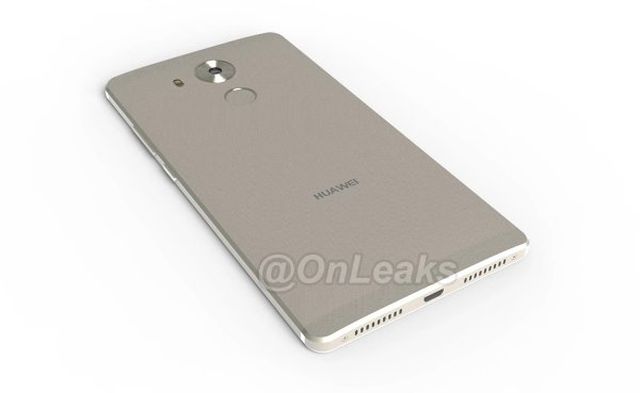 Note that the Asian company chose to, again, use the large-scale metal on the outside building your device, keeping the premium experience lived by consumers Ascend Mate 7, for example. In addition, still watching the rendering or ‘real’ photographs of the likely Huawei Mate 8, it is clear that the design has become bolder, being made with notches on the edge of the structure, in addition to slightly convex angle on the rear housing panel prioritizing the ergonomics when holding a unit of phablet at hand. The photo main sensor is protected by a silver ring (Lumia 950, are you?) And the fingerprint reader sits just below this camera, accompanied by LED for flash. 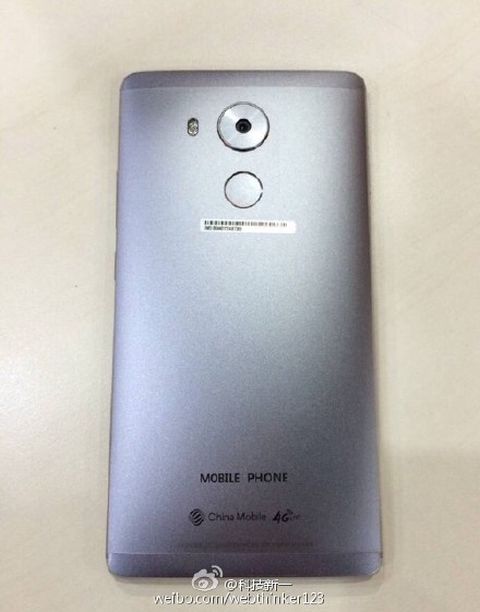 Still watching the images, identifies a row of lower holes that allow sound output, filling both sides of the area in question probably counting on two separate speakers for the faithful reproduction of music and other media. Although there is some uniformity in surface constructed entirely of metal, there are three distinct modules used metal at the back of Huawei Mate 8 body, and two minors are embedded in the outer edges of the panel, both at the top as at the bottom, possibly a device in position to allow signals to be captured by the modem located internally in the elite phablet but depends on a bold look. 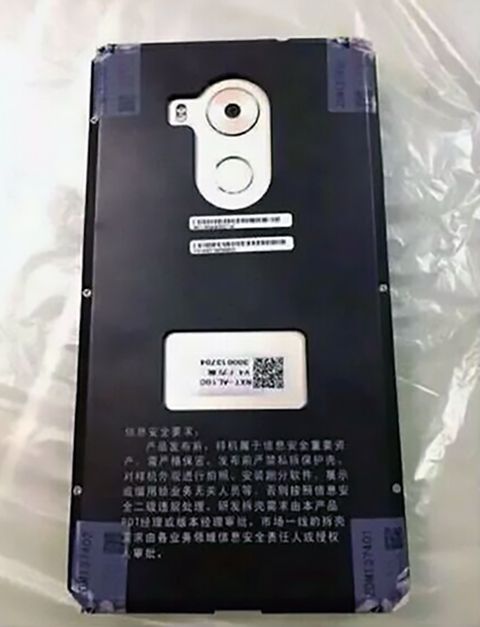 Already in technical terms, analyzing what has already been seen on the Huawei Mate 8, it is believed that its specifications list includes a 6-inch screen, using the Full HD resolution (1920 x 1080 pixels) for displaying content, 4 GB RAM, Hisilicon Kirin 950 chipset, developed by own Asian company, bringing eight-core processor ARM Cortex A72, running at 2.2 GHz each, ARM Mali T880 as graphics card, 64 GB of memory for internal storage, can, or not be expanded via microSD card, 16-megapixel main camera and front 8-megapixel, both being able to record video in Full HD, and the Android 6.0 Marshmallow operating system, modified by Huawei’s own interface.

Huawei confirmed the formal announcement of Mate 8 for an event marked on November 26, sending invitations to local journalists and teasers to the public in order to raise expectations for the launch. We will monitor the special ceremony via a video stream that the Chinese company will provide, and all the news from the stage will be present at a glance on our feed, be sure to be here.