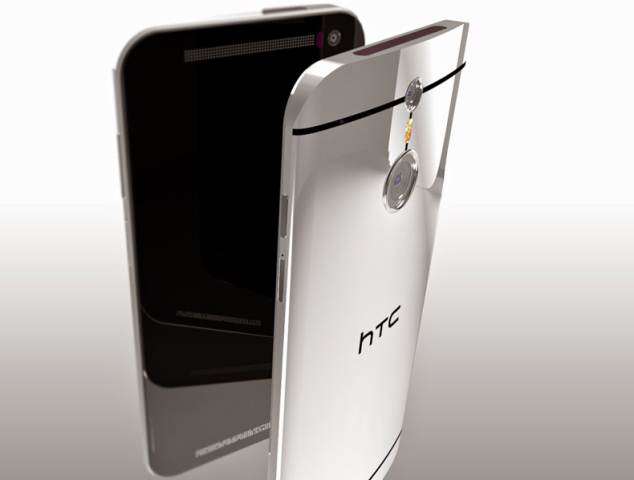 The famous next flagship of HTC, the HTC One M9 or HTC Hima, made an appearance on the Geekbench 3.0 benchmark. A few days after the publication of photos of leak flagship assumed a complete test of the smartphone has been made that confirms certain components.

HTC Hima (One M9) is the supposed next flagship of the Taiwanese manufacturer, it should, according to rumors, integrated a Quad HD screen of 5.5 inches, a Snapdragon 810 processor supported by 3 GB of RAM, an optical sensor 20.7 megapixel camera, a battery of 2840 mAh, two possible versions and unibody design identically.

While the smartphone is accurate visual pictures, we move on performance and specifications of it. Noted nonetheless that tried smartphone called HTC 0PJA10 series, it is most likely a prototype, not optimized version. The benchmark scores are to be taken lightly this time. 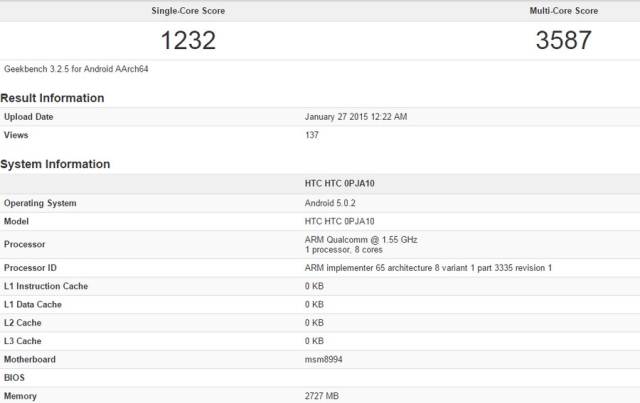 The single-core test score is 1232 and a multi-core score of 3587, compared to those of an assumed Galaxy S6 established scores 1520 in single-core and multi-core 5478. So scores a little lower than the South Korean flagship HTC Hima facing potential. But as I said earlier, this benchmark also confirms certain components.

We can see in detail Qualcomm ARM processor 8-core 1.55 GHz, which corresponds to a Snapdragon 810, coupled with 3GB of RAM, already seen elements in the AnTuTu benchmark of the smartphone. A smartphone full of mystery, both by name and by its design and even its release date, it is expected at MWC Barcelona for March 2, no confirmation from HTC so far.