As promised, Gionee has introduced its new Elifa in Barcelona and if he fails to resume no finesse record held by Vivo X5 Max, it avoids the pitfalls that he fell. The manufacturer promises a comfortable grip and a more than adequate autonomy.

Gionee had been clear before MWC. There had to have a super-slim smartphone without compromising performance or ease of use, denouncing the way the excesses of its competitors competing for the record for the thinnest smartphone in the world that he kept on good part of 2014 with Elifa S5.5 and S5.1. So successor he unveiled earlier this week on the show, but this time, the number after the S increases.

Up to two days of battery life with the Elifa S7

No more names “window” that recall the thickness of the smartphone. The new representative of the range is stamped Elifa S7 and are no less impressive with its 5.5 mm thick for promises of Gionee. The first is a visually attractive chassis and comfortable in the hand thanks to a design called U-shaped and based on an aeronautical grade metal alloy. The second is that a range of up to two days, the results of several optimizations both hardware and software. 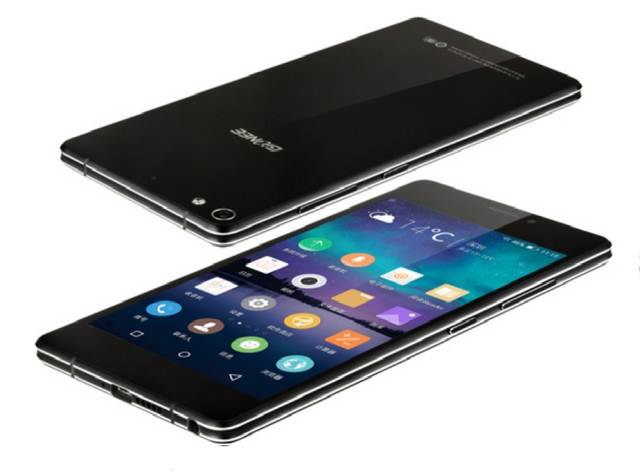 Reduced consumption for the display and chipset

The battery has a capacity of 2750 mAh honorable but it is not solely responsible. In addition to energy saving modes, including an Extreme mode to take 33 hours of standby 10% of a load by reducing the functionality of the smartphone, Gionee has also served at the display and chipset.

The first is based on a Full HD AMOLED 5.2 “associated with a technology called ACL supposed to reduce consumption by about 25%. And, since this type of tile to display consumes little dark colors, proper theme was created. For the second, the manufacturer has opted for a MediaTek MT6752 CPU with octa-core Cortex-A53 and Mali-T760 GPU he decided to offload the management of various onboard sensors by associating a dedicated co-processor called Sensor Hub.

Launched on March 18 in China

Otherwise the data sheet includes 2GB of RAM, 16GB of internal memory and two cameras 13 and 8 megapixel camera that obviously does not protrude from the chassis. The Elifa S7 is also dual SIM compatible DTS for audio processing. It will be available from 18 March in China and 3 April in India. The advertised price is 400 €. Three colors are available: Los Angeles Black, North Pole White and Maldives Blue.