ZTE Nubia Z9 was made official today in China: its hardware features fully reflect those of a smartphone Android flagship forefront.

As promised long ago by the Chinese ZTE its new smartphone with Android operating system was officially right now, and will be available to market in short currently only in China, but it is possible (although there are no guarantees) that could come to be sold even outside the national border.

ZTE Nubia Z9, so it is called the new mobile device, it can be simply described as a true smartphone with cutting edge design without edges, to give the user the feeling that the display fills the vast May of the available space on the front body. 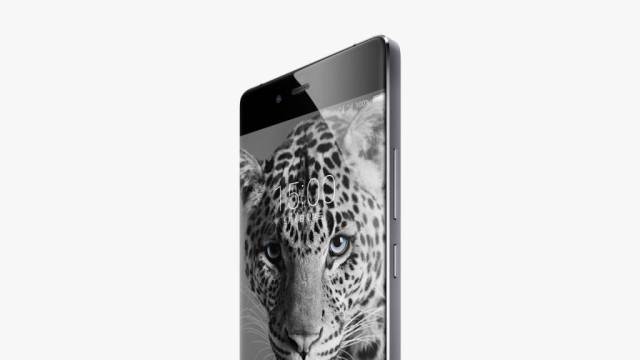 ZTE Nubia fact Z9 uses a 5.2-inch diagonal display with FHD resolution 1920 x 1080 pixels and 2.5D effect as seen on another smartphone known as the Galaxy S6 Edge, since the edges of only 0.8 mm make it look like the panel slightly curved at the edges and give a different feel to the eye than a common display 2D classic-edged highlights.

But the technology of ZTE does not stop here; was introduced the innovative FIT Frame interactive, allowing the user to interact with the edges of the smartphone and make certain gestures to control your smartphone to perform certain actions, such as taking photographs, disable or enable the display, Screenshot capture by telephone.

As for the rest of the hardware features of ZTE Nubia Z9 we are faced with first-rate components already seen on the latest popular devices and top of the range announced by the most famous brands.

The Chinese device inside it uses the chipset Octa-Core 64bit Snapdragon 810 coupled with Adreno 430 GPU that provide so much processing power to perform all the complex tasks smoothly.

The rest are all versions of a multimedia high level thanks to a 16-megapixel rear camera with lens aperture F / 2.0, autofocus, LED flash and optical image stabilizer obviously capable of recording in video format Ultra HD 2160p , and a front camera of 8 megapixels on a wide level in order to take pictures selfie high quality video recording and implementation of classic video calls; for music lovers the new device ZTE uses a chipset audio AKM4961 Neosound 4.0 dedicated, able to play media files in Hi-Fi format with 7.1-channel surround sound.

In terms of connectivity it is of course the 4G LTE connection, Bluetooth 4.1, USB 2.0 port with MHL 3.0 (with TV output), the NFC chipset, Wifi, GPS and so on; everything is then powered by an internal battery 2900 mAh which should provide adequate autonomy general.

ZTE Nubia Z9 has no size super thin like other direct competitors top of the range, as it has a size of 147.38 mm long, 68.34 wide and 8.94 mm thick; the thickness is not particularly subtle because the Chinese company has decided not to leave the highlights in the camera back on the body of the phone, which is the case for example the Galaxy S6.

Finally, the software on the device is a version of Android (not yet specified) with the new Nubia 3.0 interface which helps you make on paper the best that this smartphone has to offer in terms of hardware. 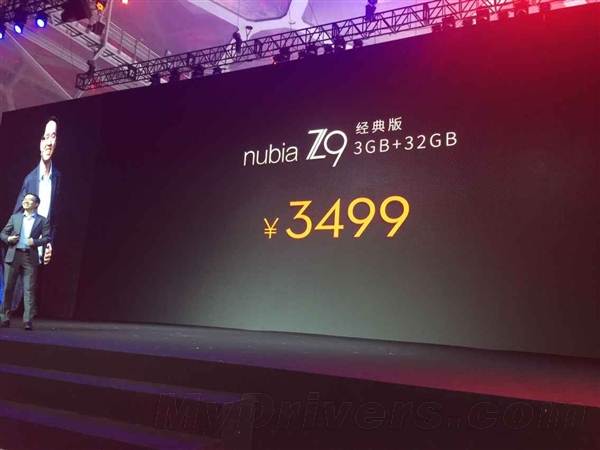 The new top of the line made in China will start selling short in three versions: Classic, Elite and Exclusive respectively priced at 3499, 3999 and 4499 Chinese Yuan; there are currently no information on whether or not it will be marketed in other continents or remain only in the local market.