Elephone decided to finally put an end to the myth that Chinese phones have poor quality. This time the company released Elephone M3, which has a metallic design, like samurai.

No wonder that smartphone is equipped with processor MediaTek Helio P10, because modern Chinese smartphones have become more powerful. Other characteristics are equally impressive, such as the 21-megapixel main camera and 8-megapixel front. Also smartphone has fingerprint reader, which has become a new trend in the smartphone market. In addition, Elephone M3 offers USB Type-C port. We feel that standards USB 2.0 and USB 2.1 are gradually dying. We recommend you to buy cable and adapter USB Type-C, because soon they would be used everywhere.

Smartphone looks very good, but the main question: will Elephone M3 be sold outside China?

Elephone M3 has an all-aluminum body, while the front panel is covered with 2.5D glass. The screen has 5.5 inches and resolution Full HD. As we have said, Elephone chosen processor MediaTek Helio P10 MT6755, which has 8 cores and 64-bit architecture. The smartphone is available in two models: the first version has 3GB of RAM and 32GB of internal memory, and the second – 2GB and 16GB respectively.

On the back of the Elephone M3 is located sensor Sony IMX230, which is able to take pictures in the resolution of 21 megapixels. The front camera will be a pleasant surprise for fans of self-pictures because it offers 8-megapixel sensor.

Other features Elephone M3 include fingerprint reader and USB Type-C port. The smartphone runs on the latest version of the software Android 6.0 Marshmallow.

Oh, I almost forgot: The battery has a capacity of 3000mAh.

A listing of alternate devices for Elephone M3 begins with not less powerful and interesting smartphone Xiaomi Note 3 Pro which also has 3GB of RAM and 32GB of internal memory. Also, we cannot keep silent about Meizu Metal. And the third device, which creates competition in the market, is another new smartphone BLU Vivo XL. 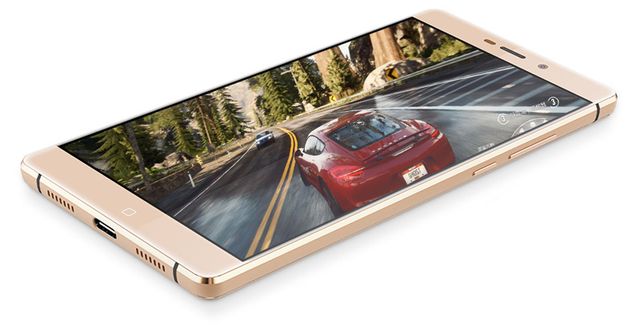 Unfortunately, we do not know the price Elephone M3, but we know that manufacturer has genus from China, so we can assume that the cost of smartphone will be about 200-230$. It is good smartphone for a price. What do you think?