Through a press conference, the Chinese home Meizu Announces New Meizu M2; the entry-level smartphone with some good features.

Good year this Meizu has released to the market as the best smartphone the Meizu M2 Note and Meizu MX5; device both well executed and excellent characteristics related to a remarkably affordable price which makes it ‘the strong point of the device of the Chinese house.

And the announcement of the smartphone does not stop there; In fact, Meizu has just announced via press conference the new Meizu M2: medium to low-end smartphones smaller version of the “Note” and that includes in itself features more than good for a device of that band.

Turning to the technical specifications of the smartphone, we find a processor MediaTek MT6735 quad-core 1.3 GHz with a 64-Bit, a Mali-T720 GPU and 2 GB of RAM.

We also find a 5-inch diagonal HD resolution (1280 x 720 pixels) and 16 GB of mass storage expandable via microSD. As for the photographic industry, there is a 13-megapixel rear camera with focal aperture of 2.0 and a 5 megapixel front camera that allows shooting of excellent selfie.

Finally, we have the latest version of Android pre-installed through the user interface Flyme UI 4.5 that distinguishes all devices Meizu, a 2500 mAh battery, supports dual SIM and has connectivity 4G LTE. 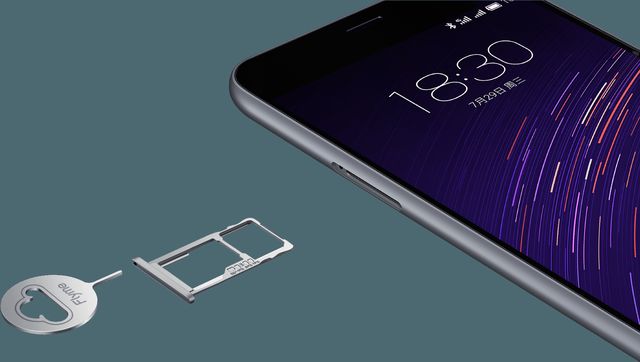 The device, such as its “Note”, owns the center button serves as a physical but not fingerprint reader as the Meizu M2 does not have it. Regarding the price, the new smartphone will be put on the market with a price of $ 113; about 100 euro.

Available colors are blue, pink, gray and white, and its availability will depart from China soon. Nothing about the export in Europe but you will still be able to purchase the new smartphone via third-party store.