The Asus ZenFone Selfie is one of the proposals that return to the fray the Taiwanese company, after the good reception of the first Asus ZenFone. This model increases in size to 5.5 inches and the bases much of its appeal in his photographic set, especially for selfies its front camera with a resolution of 13 megapixels and LED flash. But that does not mean the company has forgotten the rest of the features, as we enjoy a eight-core processor Qualcomm with more than 3 GB of RAM, a Full HD panel with Gorilla Glass protection or capacity use two phone lines on the same computer. And all this with the Asus customization options, such as downloading a number of themes to customize the phone to our liking. The Asus ZenFone selfie is now available in the European market for a price of 300 euros. We had the chance to try it, we tell you our impressions. 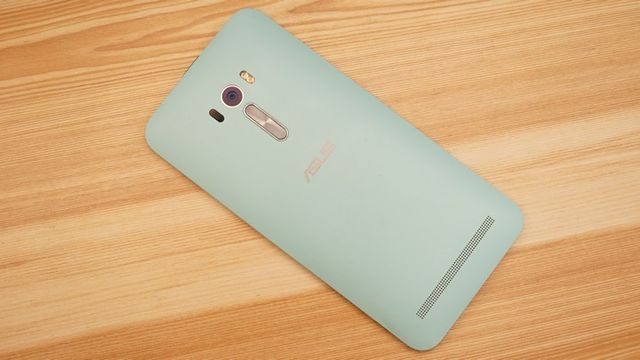 There is no doubt that the Asus ZenFone Selfie has a clear objective: Photo enthusiasts and especially the selfies (not in vain is part of the computer name). To do this, we have two cameras that share 13 megapixel resolutions. We started with the front camera; designed for self-portraits we achieve a high level of quality. This objective pixel master uses the technology and has an aperture of f/2.2 to get better pictures in low light. But above all, what has come to our attention in this model it is the use of a flash two tones that raises the attractiveness of the camera when we took the mobile party at night or we are in a dark room. Moreover, the Taiwanese company is committed to a wide-angle lens type 88 degrees. This decision has a positive side, which is to include a greater amount of space when taking pictures. But on the negative side, it makes your face appear occasionally somewhat distorted by the position of the camera. 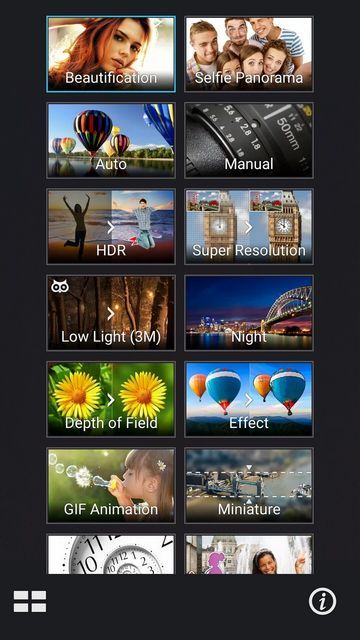 By default, each time we will take a selfie beautification mode is activated. From here we can change values thinness of the cheeks, color of skin or eye size. Certainly, small tweaks that can be noticed much in the final result. It also highlights the HDR mode or even the ability to create time-lapse effects.

As for the rear camera, repeated target of 13 megapixels but with a more powerful aperture of f/2.0, with a greater amount of light is captured (and best pictures are taken in a darker environment). As the front end, it has a flash of two tones. But above all, the great strength of this camera is its autofocus able to fix the image in just 0.3 seconds. 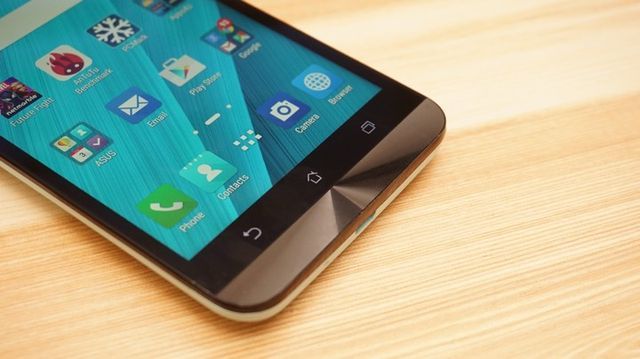 We will not be fooled. The Asus Zenfone Selfie is a terminal with a well finished design, but missing the premium halo with other models who bet on the metal or buildings that mimic the skin on the back. Personally, I also think that you lose some of the harmony of the first Asus Zenfone, with a more compact and handy design 5 inches. Instead, this model goes up to 5.5 inches. But where is lost in ease of use, gains on the screen. And also its largest surface this model also raises its Full HD resolution up to 1,920 x 1,080 pixels with a density of 401 dots per inch. Images are vibrant and the viewing experience is good, while recognizing that the anti-fingerprint casing that advertises falls on deaf ears in practice and dirtying the screen ends in a few minutes.

Returning to the design, this device maintains very attractive lines with the use of a curved housing which favors the gripping of the terminal. Its full dimensions are in the 156.5 x 77.2 x 10.8 centimeters, with a weight of 170 grams. Asus has sought to support customization with the option of finding this equipment in aqua, pink and white. By the way, a lot of attention to the volume buttons is placed in the back just below the camera. 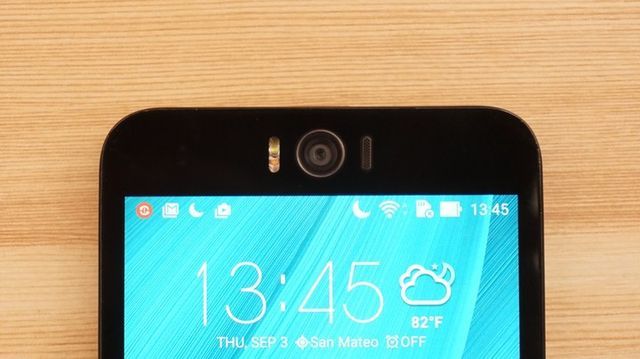 We arrived at one of the strengths of Zenfone Selfie, the layer of software own Asus. It’s one of the things that caught my attention (for better) the first Zenfone, and the feeling is that the company has managed to strengthen the interface with tools that come in handy (of course in the end this point is always a matter of taste) . Here we want to focus primarily on two sections. On the one hand, Asus has deployed a number of issues that can be downloaded directly and transform the look of the background, screens and even icons. It’s something we can do with specific applications from the Google store, but a more direct and simple interface is appreciated. In addition, we have deployed a handful of issues that can give us a lot of play, such as one that mimics the mystical world of dragons, a space issue or an issue that called Candy Girl colorful and filled with candy display.

Another tool that is very appealing is to ZenMotion. In this case, it’s movements are carried out on the screen when it is turned off and that lead directly to computer applications. For example, by default if we write an “S” on the screen will open directly the front camera to take a selfie. And with “C” rear camera opens. There are a handful of movements than can be customized to access our favorite applications. For example, it does not take long to establish the “W” to go directly to WhatsApp. The recognition of the figures is fairly good and is a clear advantage to reach your favorite app in just a couple of seconds (with the screen off). 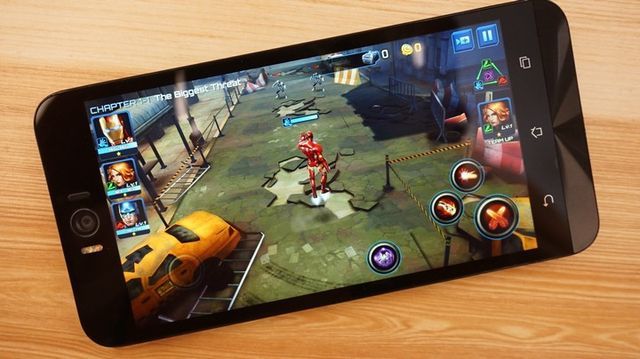 In the bowels of this terminal we find a Qualcomm Snapdragon processor eight core, along with a RAM memory which can be 2 GB or 3 GB (3 GB in our case). Equipment operation is fluid and smooth not run applications and games for the Android platform. In terms of internal memory, you can be 16 GB or 32 GB. In either case, the space can be expanded through a MicroSD card up to 64 GB. Within the media field, in addition to the acceptable quality of the panel should be noted that the speaker is placed in the back of the computer. This causes a remarkable power loss when we placed the smartphone on a surface. This speaker corresponds to what is expected, though without much fanfare.

In point of connections the most important aspect is the ability to introduce two MicroSIM cards in the terminal, so that we can bring into one’s personal computer line and line of work. He could not miss its compatibility with 4G high-speed networks of up to 150 Mbps. Additionally, with the use of technology WiFi AC connection through faster and more stable access is achieved. The connections are completed with an NFC port to carry out payments through mobile, Bluetooth or GPS. 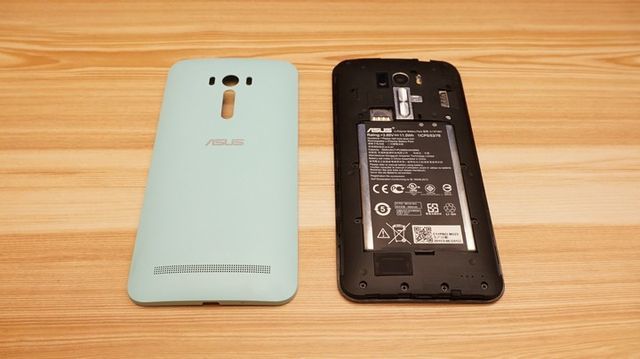 The Asus Zenfone Selfie has a set of 3,000 mAh. The good news is that endures problems normal use for a whole day without recharging, with a range that has hovered around us day and a half. According to official figures of the company, this device is able to hold 23 hours of talk and 255 hours standby. We also noticed the Selfie fast charging, which allows 60% of full battery in just 40 minutes. The Asus Zenfone Selfie and can be found in the market for a price of 300 euros. In short, this is a very serious proposal that seeks to highlight one of the big names among phablets midrange. Special mention their cameras and the different characteristics of Asus, which give much play.